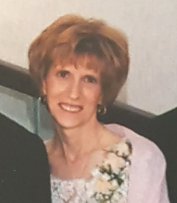 GALLUCCI-BOUTILIER, Marybeth - It is with heavy hearts that the family of Marybeth Gallucci-Boutilier announces her passing on Sunday August 2, 2020 at the age of 68.

Her memories will live on with her husband Brent Boutilier, two stepchildren Amy (Liezl) and predeceased Brent Jr. (Tanya). Her three sons from her first marriage to Anthony Gallucci - Jamie (Lucy), Jeremey (Shawna) and Jeffrey (Anna).

Her biggest joy, the eight grandchildren; Hailey, Brianna, Alyssa, Andrew, Kai, Rocco, Jax and Elise she cherished so much. She will be sadly missed by her brother Leighton Hartley (Barbara), along with nieces, nephews, cousins and friends.

A small woman by stature but large on love and care for others. She has been described many times as a “second Mom” by friends with her welcoming nature and the way she treated each as one of her own. In her early years as a Mother, much of her time was taken up by making sure her three sons got to the rink or ballpark on time. She was a dedicated and hardworking woman who rarely complained about the challenges of life and work. Her most accomplished work was in raising three boys to one day become honest and respectful men.

Twenty two years ago this October her life would present a new challenge as she had to have an emergency liver transplant and was given a second chance on life. This “gift of life” gave her the opportunity to become an amazing Grandmother that she cherished daily. Her love for her grandbabies as she calls them was unparalleled. Every time spent with her grandbabies you could tell she was in her element and she was never short on spoiling them with love. Christmas was always a highlight of her year that she prided herself on doing Christmas dinner no matter how she was feeling at the time. The importance of Christmas became even more apparent with her grandbabies. Watching the kids open numerous presents and having fun all together gave her so much joy.

A few years ago Brent and Mom bought a trailer in Port Perry, Ontario to get away from the hustle and bustle every summer. Her little home as she referred to it was her sanctuary. Days chatting with friends and evenings spent on her deck under the stars or watching a good thunderstorms pass by were some of things she enjoyed.

Unfortunately the illnesses became too much and Your time was called. Although you will be missed by friends and family, we take comfort in knowing you will suffer no more. It’s time to reunite with your parents Betty and Thomas Hartley.

A private service will be held for family, with cremation to follow. A celebration of life will be planned for a later date. Arrangements with Ward funeral homes.