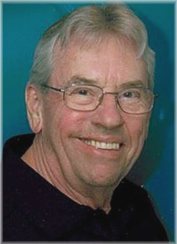 It is with heavy hearts we announce the passing of Russ Wagstaff.

He is survived by his wife Dianne and his children Ron (Ann), Susan (Tim), Dave (Kim), Doug (Kim), Mark (Jane), his 13 grandchildren and his 7 great-grandchildren.

Predeceased by the mother of his children, Grace and his daughter Lisa.

Russ will always be remembered for his fun-loving spirit, and his beaming smile.

He was inspirational and masterful at seeing the positive side of everything.

He was known for his flair for fashion down to the finest of details.

Russ was a pioneer in the early days of computerization and worked throughout his career advancing the IT profession.

While retired, he enjoyed more golf and took up the ukulele. He was passionately involved with his ukulele group "The Buskers", where he played and sang with them at various Burlington venues.

Russ always took the time to lend an ear and provide insightful advice.

At his request, no service has been planned but family will assemble at a later date in his honor.