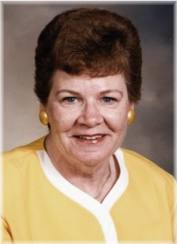 Predeceased by her husband Donald (Don) in 1979.

Cherished grandmother of Laura (John) and Kevin, aunt of Dan Old, and great-grandmother (Gigi) of Matthew and Nicholas.

She was born in Barrie, ON the third youngest of the 13 children of farmers William and Lucy Kennedy.

She was a 4th generation Canadian, a descendant of Lachlan and Grace Kennedy who emigrated from Scotland to Canada in 1819. An avid baseball fan she along with 5 sisters formed the starting lineup for Malvern in the women's softball league.

She is fondly remembered by her sister Audrey (Jim) and a multitude of Kennedy and Timney nieces and nephews.

Private cremation followed by a family Celebration of Life service on Saturday, September 26, 2020. Due to current COVID-19 gathering restrictions attendance will be by invitation only.

Donations to Thornhill Presbyterian Church Foundation or the Alzheimer Society are appreciated.