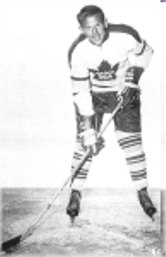 Bob fulfilled every young hockey player’s dream of playing in the NHL. Quoting his New York Rangers coach, Emile Francis, “Bob was the best two way player I ever coached."

Bob began his career with his hometown Toronto Maple Leafs at 19 years old, finishing second to teammate Dave Keon in Rookie of the Year voting. He won 2 Stanley Cups with the storied franchise before a blockbuster trade sent him and close friend Dick Duff to the New York Rangers for Andy Bathgate.

Bob was a natural leader on the ice and was recognized as such when he was named captain of the New York Rangers in 1965 until 1972. After stops in Minnesota, Los Angeles and Edmonton over an 18 year career, Bob hung up his skates and became an active community member for the Toronto Maple Leafs Alumni.

He is recognized as one of the top 100 Maple Leafs and Rangers of all time.

Unfortunately there cannot be a funeral at this time.

In lieu of flowers, please donate in his memory to MLSE Foundation, www.MLSEfoundation.org/donations/one-time-donation or Variety Village Ontario.