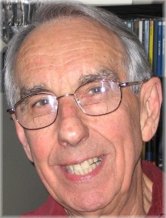 MEARS, Robert Harold 'Bob' - It is with heavy hearts that we announce the passing of Bob Mears at the age of 92 on September 26, 2020.

Reunited with his beloved wife, the late Barbara May Mears (nee Rawlins), who passed in 2012 after 60 years of marriage.

Predeceased by his parents Harold and Emily Mears, and brother Dale.

Remembered by extended family, many friends and all those whose lives he touched.

The Mears family from Dorset Portland, England sailed to Quebec, Canada on the ship “Medway” in 1870, settled in a “Loggers” cabin in Northern Ontario, Monck Township Muskoka, and named their new home “Mears Landing” which they built up and turned into “Roseneath Manor”, a summer resort that the family ran for decades.

Bob was born January 29th, 1928 in Bracebridge Ontario. The family re-located to Toronto in the early 40’s, and he graduated from Danforth Tech in 1946 (14EG), his year book noting “Tall, dark and handsome is this studious lad.

Always willing to give a helping hand”. The class of ’46 first reunion was held 1971, and continued every 5 years until 2011, and every year there after.

For the 70th anniversary reunion, attendees were treated to a tour of their old school.

He started work as a helper in the installation department at Dominion Electric Protection Company (later became ADT Security) and after 47 years of service, retired as Training Manager.

Bob met the love of his life, Barb, from Essex, Ontario, they married on October 1952 and settled in Scarborough, where they raised two sons.

They had a long happy marriage, spent summer vacations at their cottage in Bracebridge, and were dedicated members at Knob Hill United Church for over 60 years. Both Bob and Barb had a strong faith and truly believed in God’s presence in their lives. Bob was kind and gentlemanly, had progressive, generous spirit and was always ready to give a helping hand where needed. He will be deeply missed by us all.