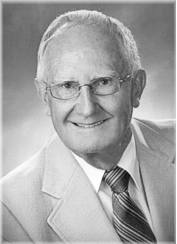 GALVIN, William "Bill"   -   With great sadness, the family announce that Bill passed away suddenly at home.

Son of the late Michael and Ethel (nee Millar).

Bill was also loved and will be greatly missed by Kurt and Lilly Braun and his large extended family in Ottawa, Mississauga, Michigan and Germany.

Bill's sense of family and loyalty extended into many loving and deep friendships which he cherished and were of great significance to him. He was loved and respected for his many contributions and accomplishments in the horse racing world, which were honoured with his induction into the Horse Racing Hall of Fame.

Throughout his life, Bill continuously sought ways to help others through which he established many lasting connections. He strongly believed in the healing, friendship and comfort of horses, a love and passion shared with all he met. Bill will be deeply missed by all those who had the pleasure of knowing him. His passion for life, positive outlook, laughter and endless stories are forever engrained in our hearts.

We know he is smiling down on all of us and cheering on his Fighting Irish from the best seats in the house.

For those wishing to make a donation in memory of Bill, please consider the Racetrack Chaplaincy of Canada.