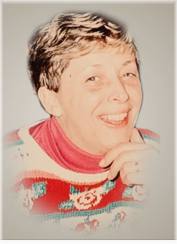 She was predeceased by her father, Albert Leaden, and her mother, Helen Leaden.

Pat was born in the South of England during the Second World War.

She immigrated as a child to Canada, landing at Pier 21.

Pat grew up in Toronto and trained as a nurse at St. Michael's Hospital, eventually receiving her post graduate degree at Montreal's Neurological Institute where she studied under famed doctor Wilder Penfield.

She was a devoted mother, grandmother, good friend and neighbour who enjoyed music, travelling, and spending time with family. She will be incredibly missed by all that knew her.

In lieu of flowers, donations in Pat's name can be made to the Canadian National Institute for the Blind (CNIB), as she was an avid supporter of the cause.