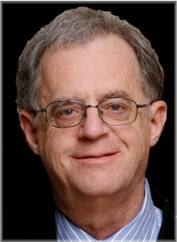 Survived by his mother Libby; brothers Sean (Liz) and Ted; and nieces and nephew Lexi, Claire, and Ned.

Rick grew up in Bathurst Manor, completed high school at McKenzie, and earned a degree in philosophy at the University of Toronto.

Rick followed his father's path of participating in camps and spent many summers at Camp Northland, both as a camper and as a counsellor.

During his formative years, he forged many life-long relationships and his outgoing and sociable nature meant he was always expanding his circle of friends.

Rick had thousands of friends on Facebook. Rick's ever-present sense of humour and reliance on puns was an acquired taste, but the source of endless amusement for those who appreciated his style.

Fortunately, he found his perfect audience in his wife Shirley who had a similar approach in crafting what they both perceived to be hilarious jokes.

Recently, after both nieces were admitted into medical school, he raised the concern that the situation might result in a paradox for Sean's family.

Rick's innate ability to anticipate and prepare for challenges was evident from an early age when he saved a high school camping trip by being the only student or teacher, who had thought to bring waterproof matches to light the campfires during inclement weather.

During this period of COVID, he did everything possible to protect his wife, Shirley, from the chance of exposure by taking extraordinary precautions.

He was fiercely loyal to his family and friends and the present of his presence will be missed.

Donations to Camp Northland would be appreciated as expressions of sympathy.