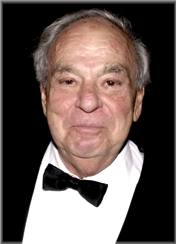 Hartley Greenbaum passed away peacefully, on November 21, 2020, at the age of 94, at Mount Sinai Hospital, Toronto.

With him was his beloved wife of 49 years, Lorna (nee March) Greenbaum.

Born in Toronto, Ontario, to the late Martha Crangle and Jacob Nathan Greenbaum.

He is also survived by his closest nephews, Martin, Morris and Jonathan Greenbaum. Hartley was a pioneer of a little-known Castlefield Avenue before it became a popular destination for residential and commercial interior design. With his late brother Leslie, and partners, Hartley grew a small lighting and electrical supply company, Sescolite, into the largest and most successful business of its kind in Canada.

Hartley was committed to the Jewish community of Toronto, giving quietly, helping to establish Temple Emanu-El in North York. Hartley loved his family deeply. His passing has left an enormous space in our hearts.

A memorial service to celebrate his life will be held at a later date.