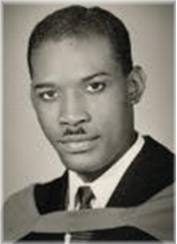 Healthy, happy, and loving to the end, he had nothing but excitement over the prospect of someday meeting his Creator.

Raised on what he proudly referred to as the 'Continent of Tobago', Eldon was one of nine children born to Samuel Vernon Williams and Martha Alberta Robley.

Blessed with a keen intellect, kind heart and an undeniable spirit of adventure, Eldon came to Canada to attend McGill University in Montreal in the 1950s, where he earned his medical degree with a specialty in General Surgery.

While in Montreal he met Rosalind Catherine Stevenson, the love of his life and wife of almost 40 years, until she passed away. Together they raised five children.

After university Eldon and Rosalind moved their family to Toronto, where Eldon set up his practice in Little Italy. He quickly developed a fluency in Italian, Portuguese and Spanish.

His grandchildren will remember his limitless ability to play hide-and-seek, crouching himself into the tiniest spaces, matching their rampant enthusiasm for the game.

Eldon will be missed by so many, including his children Anne, David, Andrew, Michael and Kimmy, their spouses Frieda, Yetti, and Patrice, his grandchildren Tamara, Caleb, Torie, Lauren, Ethan, Tamara's husband Barry and his great-granddaughter Brooke. Due to COVID-19 restrictions, a private family service was held on Thursday, January 14th.

A more robust, in person celebration of his life will follow once restrictions on in-person gatherings are lifted.

Many thanks to the Mount Sinai Hospital staff for their kind treatment of Eldon during his final days, in particular, Dr. Rebecca Colman and her team.

In lieu of flowers, a donation in Eldon's memory at Mount Sinai Memorial Hospital, or a charity of your choice, would be appreciated.