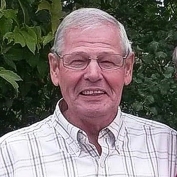 John was also a cherished brother and uncle to family in both Canada and The Netherlands.

John knew how to make everyone laugh. From his corny jokes to reminiscing about days past, he always wore a smile on his face. He would help in any situation and was known for making things work by just putting a little of this and a little of that together and voila, a solution!

John worked many jobs from farming in Holland to landscaping and working for Mack Trucks in Canada. He spent the majority of his career working as a shipper and receiver at KG Packaging and in his later years returned to landscaping.

John had a passion for gardening and flowers as was seen with the beautiful gardens at his home both in Willowdale and Newmarket. His kids also remember going for hikes when they were young and often having to stop at every flower along the trails.

John’s love for his wife, Betsy and the rest of his family was profound. He adored all his children and was very proud of them and felt incredibly blessed by all his 13 grandchildren.

The family would like to thank the staff at Southlake Regional Health Centre for all they did and taking great care of John for the short time he was there.