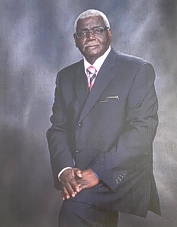 BENNETT, Irving - Irving Bennett, a teacher and longtime resident of Scarborough, ON, died unexpectedly on April 6th, 2021 at the age of 87 at the Grace Hospital-Birchmount.

Irving Cyril Bennett was born on August 1st 1933 to Clanford and Sarah Bennett in the beautiful village of Toco on the Island of Trinidad & Tobago. Irving was the second eldest of 6 boys and 3 girls. He attended Cumana Seventh Day Adventist School. He then went on to study at Caribbean Union Training College and Teachers College. Naturally, Irving would go on to teach at San Fernando Seventh Day Adventist Primary School. He then went on to serve as principal of that school.

When he emigrated to Canada in 1964 he attended The University of Toronto. Irving also taught at Regent Park.

Irving was a devoted father, grandfather and great-grandfather. He enjoyed reading, listening to music and he loved watching sports. He was a teacher by trade but also was a deep thinker, problem solver and very knowledgable about almost anything.

He was a spiritual man and was deeply involved within AppleCreek SDA Church. He was part of the Men’s Ministry Team as well as he worked within the treasury. He will be deeply missed by his family, friends and all who knew him.

A funeral service is scheduled for 1:00PM on Monday April 12 at the Ogden Funeral Home. Unfortunately, because of the Covid Pandemic, it will only be open to family.