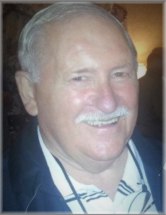 WHITING, Kenneth Lawrence - Passed away in Peterborough at PRHC on the morning of April 24 2021 after a short bout of  pneumonia at the age of 88.

Ken was born Sept 21 1932 in the Township of York and continued to reside in the City of Toronto for his entire life.

Survived by his wife Marlene (nee Taylor), Daughters Bonnie Denton and her son’s Mark, Michael and Craig Thelander and Teri MacIntosh and her son’s Brian, Paul and Daniel MacIntosh.

His sons Christopher Scott Whiting and Kenneth Lawrence Whiting Jr. and his son’s Shaun and Tim.

Began working at CN Telegraph as a teenager (1947), delivering telegrams by bicycle and continued on as a cable splicer/Lines Inspector and then as the manager of CN Telecommunications in Toronto at 151 Front St. Retiring from there in 1987. That same year he took a job in Hamilton for the Masonic Grand Lodge as Asst to the Grand Secretary until his final retirement in 1997 at the age of 65.

Both Ken and Marlene were strong believers in philanthropy and continued giving generously to their favorite charities. Ken was also responsible, for many years, for the benevolent efforts of some of his Masonic bodies.

Later in life, once his own life slowed down, he enjoyed seeing his children, grandchildren and great-grandchildren as often as possible. Looked forward to the family coming over for Thanksgiving and Christmas, and for some, the frequent visits to the cottage.