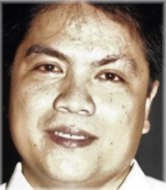 Ronald was born January 2nd, 1962 to Rodrigo Sr. and Rosita Buluran in Orani, Bataan, Philippines. He is the oldest of three children.

He graduated from the University of Santo Tomas in Electrical Engineering and passed the board exam afterwards.

Ronald married his wife, Jovita, on March 30th, 1985 in St. Joseph Parish in Malolos, Bulacan. Together, they have four children.

Ronald worked for PLDT in Metro Manila after graduating in 1983 until 2001. He migrated with his family to Toronto, Canada in 2001. Here, he worked for Sprint Canada- later turned to Rogers Communication as a Network Traffic Planner until 2011. He was diagnosed with Parkinson’s Disease in 2009.

Respecting the current situation and pandemic building restrictions, visitation and service for Ronald will be private, and by invitation only.