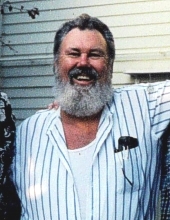 HENDERSON, David John - David John Henderson, known by many friends as Tiny, passed away on the morning of Tuesday, July 20th, 2021, in his 82nd year.

Born to loving parents James Gordon Henderson and Anne Dallas Henderson (Baldwin) on November 8, 1939, in St. John N.B., David was the second oldest of four brothers, Robert (Rosalie), Stephen (Bonnie) and Dale (Carol). He grew up surrounded by family and formed strong bonds with his cousins over the years.

In 1965 David moved to Toronto with his wife Yvonne Henderson (Darrah) where they raised their children Christopher (Joanne), Leah and Dana (Shelley).

Although he is no longer with us, David's ancestry will live on through his grandchildren Tara, Victor (Megan), Brian (Rachel), Krista (Ryan), Erica, Aaron as well as his great grandchildren Desmond, Zooey, Quinn, Lennox, Nixon, Devlin, Jaxson, Ryleigh and Bowie.

As a very hard-working man, David spent many days at a time on the road driving across North America. Despite where his job took him, it was always important to him to make time to stop in New Brunswick to spend time with his cousins at Titus’ Farm, aka “The Hub."

Though he did not practice any religion, David was a man of Scripture. He enjoyed quoting the Bible and sharing his knowledge of its teaching. He was an open-minded person when it came to life in the universe. He often mused about the existence of aliens and enjoyed telling stories of UFO’s which delighted his grandchildren.

He appreciated life’s simplest pleasures, like long rides on his motorcycle and sharing a cold beer with friends including his best friend Rick who knew David for 55 years.

Davey will be dearly missed.

Cremation has taken place in Toronto and a celebration of David’s life will be held later in August in New Brunswick. Please check with Ridley funeral home's website (Etobicoke) for further details.