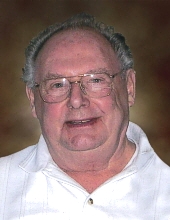 FIETHEN, Johannes Robert 'Bob' - It is with deep sadness that we announce the passing of Johannes Robert (Bob) Fiethen on Tuesday, July 20, 2021 at the age of 89. Bob passed away peacefully at home with his family by his side.

He was predeceased by his beloved wife Anne in 2011.

He will be greatly missed by his daughter Kimberly; his cherished granddaughters Emily and Lisa and his brother-in-law Prince.

“Uncle Bob” will also be missed by his nephew Michael and his nieces Isabelle, Barbara, Karin, Ingrid, and Anita (Brad) and their children Christine (Rob), Michael (Alexis), Adam and Lindsay.

Bob was born in Mönchengladbach, Germany. He immigrated to Canada in 1953. He worked at Christie Biscuits for 37 years before retiring in 1994. When not working or spending time with his family, Bob spent many weekend afternoons enjoying a round of golf.

Special thanks to the nurses and PSWs at Care Partners for the wonderful care and support they provided.

In lieu of flowers, please consider a donation, in Bob’s memory, to the Kidney Foundation of Canada.