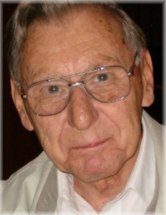 He was predeceased by his wife Dorothy (Black), parents Robert and Rose Schultz and sister Rosaline.

He will be remembered by his three children Carol Moore (Les), Donna Quinn and Geoffrey (Lori-Anne), brother Ralph and his wife Natalie and grandchildren Brandon, Alanna and Matthew.

Our dad was born in North Battleford, Saskatchewan in 1929 and had many happy memories of his childhood there.

In 1941, the family moved to southern Ontario, settling in St. Catharines.

In the early 1950s, Dad moved to Toronto and lived there for the rest of his life.

Dad had an interesting career as an Electronics Engineer, culminating in positions at Olivetti Canada and George Brown College. He also had many interests and hobbies including science fiction, music and technology.

A celebration of our dad’s life will be held at a later date.