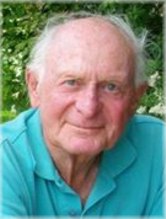 SKUY, Percy - Passed away at Princess Margaret Hospital on Tuesday, September 14, 2021 in his 90th year.

He was a huge presence in the lives of his grandchildren, Adam, Sarah, Danielle and Charlie, and was the beloved older brother to sister Rita Rostowsky (Mike).

He will be missed by his brothers and sisters- in- law: Leonard and Esther Goodman, Glenda Skuy, Lenore and Morrey Solway.

He was the much loved uncle to numerous nieces and nephews, and was close to his many cousins.

Percy was predeceased by his wife Frances(nee Goodman), brother Max, and brother and sister- in -law Shirley and Harold Wolfman.

Percy was born in the small community of Vryheid South Africa. After qualifying with a pharmacy degree, at age 22 he decided to see the world. He and a friend bought a motorcycle and Percy worked his way around the globe for 2 years, touring Europe, Australia and the United States. He stopped in Toronto on his way to Alaska, then put down roots and settled here, eventually bringing over most of his South African family to North America.

He started a career in the pharmaceutical world, first as a sales rep and eventually becoming President of Janssen-Mcneil-Ortho until he retired in 1995 as one of the longest serving J & J presidents worldwide. He started the one of a kind Museum of Contraception which is now housed in the Case Western Reserve Museum in Cleveland. He was most proud of 3 drugs he helped bring to market, as they changed the lives of millions: Erythropoiten, Rhogam, and The Pill.

But what was most remarkable was the depth of his relationships with family.

His was a life well lived.

The family wishes to thank the wonderful staff at Princess Margaret Hospital for their comfort and care.

A family graveside service was held on Wednesday, September 15, 2021.