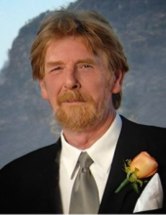 HULME, Michael Joseph - October 26, 1948-September 13, 2021 - Michael passed away quietly surrounded by his loved ones at Michael Garron Hospital after his heroic battle with pancreatic cancer.

The only son of Doris Hulme (nee Warburton) and Joseph Hulme both of Lancashire, England, Michael was born in Saffron Walden, England in 1948.

When he was nine, he moved with his parents and younger sister Barbara to Sarnia, Ontario, Canada where he immediately got to work becoming a proud Canadian.

He quickly learned how to skate and play hockey, a game that would bring him great joy into his adult life.

In high school, he fell in love with art class and would continue on to study at The Ontario College of Art in Toronto. A talented woodworker and furniture maker, Michael opened a handmade furniture store in Cabbagetown fondly named “Digs”.

Those who knew Michael understood his unwavering love of and duty to his family, enjoyed his wry sense of humour, admired his breadth of knowledge as a jack-of-alltrades fix it man, his immense creative talent, and knew him to be a true gentleman with a huge heart.

Cremation has taken place and Michael will be laid to rest on Thanksgiving 2021 by his family at Trevelgue. A Celebration of Life and exhibition of his paintings will be held at The Cardinal Gallery in Toronto in the spring of 2022.

In lieu of flowers Michael has requested that donations be made in his name to any Salvation Army in Canada.