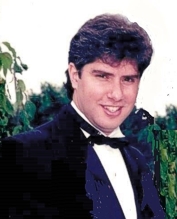 CIANTAR, Russell Joseph - Passed away peacefully, surrounded by his family in Hamilton General Hospital on September 20, 2021 at the age of 61.

Russ was a beloved husband to Janis Ciantar for 29 wonderful years.

Devoted father to Lauren and Kristen Ciantar. Rusty was a loving brother to Mary, Charlie, Paul, Raymond, Mario, and late Joseph. He also cared very deeply for their dog Brody.

He will be sadly missed and fondly remembered by his relatives and friends in Canada, Malta, and overseas.

A special thank you to the staff at Brampton Civic and Hamilton General Hospital for their excellent care, love, and support.

Russell was born on October 18, 1959 in Birkirkara, Malta to Paul and Frances Ciantar. Russell was a hard-working family man. Starting his early years working at a Linen Factory for 7 years and proceeding to work at Chrysler Auto Assembly Plant, retiring a month shy of 34 years.

Russell cherished time with his family, traveling each year and created many lasting memories, going on adventures, and exploring new places. Russell enjoyed being outdoors while boating, camping, and hiking nature trails with his family. Russell had a passion and admiration for cars, his love for this was demonstrated through attending shows as well as owning and caring for the many cars in his life.

Russell was a big fan of the Toronto Maple Leafs and the Toronto Blue Jays, attending many games with his wife Janis.

Russell always had a smile on his face, a calm energy, good heart, and extended a hand to those he met throughout his life.

In lieu of flowers, donation in Russell’s memory may be made to the Canadian Cancer Society.