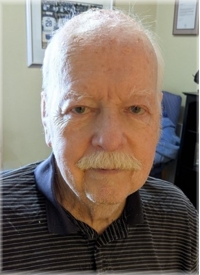 Passed away after a short battle against pneumonia.

John is survived by his sister Frances, who lived with him at Woodhall Park Care Community in Brampton.

He was a proud uncle and great-uncle to several nephews and nieces.

John joined the Navy at age 17 and served for 5 years. His career then spanned several years at Rowntree and Nestle.

The Leafs, Blue Jays and Argos have lost one of their biggest fans.

Thank you to the staff at Woodhall and Brampton Civic Hospital for their compassion and care.

A private ceremony will be held for the family.