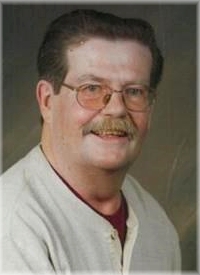 SULLIVAN, Captain 'Sully' Douglas Paul - Died peacefully at the age of 75, at Margaret Bahen Hospice in Newmarket, Ontario on Sunday October 17, 2021, holding hands with his family.

Doug was born and raised in Toronto's East End. He graduated from Danforth Tech and pursued a career with the Toronto Fire Service. He moved up the ladder of promotions and retired as Captain.

"Sully," as he was called, had many fond memories working with various Fire Halls in Toronto and was proud to belong to such a coveted brotherhood of First Responders.

Doug was an avid reader and loved to keep people up to date on current events. He enjoyed spending time at his trailer during the summer months with his friends at Lyndhurst Park.

Uncle Doug will be missed by his many nieces, nephews, great-nieces and nephews at the family celebrations he so enjoyed along with the wide circle of family members and friends he cared for.

In lieu of flowers, donations in Douglas' memory may be made to Margaret Bahen Hospice www.myhospice.ca/support-my-hospice.