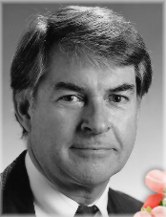 He was surrounded by his family and was blessed to have had the loving support of many close friends and colleagues in his last days.

Thank you to all the staff at Sunnybrook Health Sciences Centre and Bridgepoint Sinai Health for their attention, care, and thoughtful treatment.

Michael is survived by his wife Margit (née Sorensen), their three children, Mila (Scott Thomson), Patrick, and Stephen (Jill Furnival), of whom he was so proud, and his three grandchildren, Waylon, Everett, and Eden, with whom he loved spending time.

He is now with his first-born child, Metina, whom he always missed so much.

Michael was born in Vancouver, British Columbia, and grew up in the neighbourhood of Shaughnessy alongside his sister, Sherry (Kendall), and brother, Steve. His mother, Jesse (“Jackie”) Miller, was a nurse, and his father, Sidney W. Miller, was former President of the Vancouver Stock Exchange. He attended Magee High School and later the University of British Columbia where he studied Architecture, laying the foundation for his life’s work. He also met his beautiful wife Margit at UBC, a young woman from Denmark.

They married on December 27, 1965. During their 60 years together, Michael and Margit lived in Vancouver, Montreal, Copenhagen, and Toronto.

Michael began his professional career with Arthur Erickson in Montreal, working on Expo ‘67.

After his retirement, Michael continued to teach at Ryerson and OCAD University until 2020, and lectured for the OAA’s Continuing Education program.

In keeping with Michael’s wishes, the family will hold a small, private memorial gathering.

Donations in Michael’s honour may be made to the Michael C. Miller Travel Award in the Department of Architectural Science at Ryerson University, which was established in 2019 on the occasion of his 80th birthday.