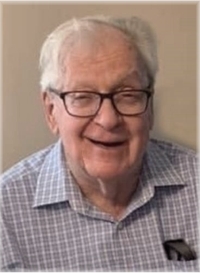 So the other day Dad decided to leave us, he thought he would go and see what else was offered.

And then added the kids and grandkids he inherited, see I told you, a lot.

He graduated from McGill University in 1949 (that was fast) and spent his professional life with Canada Malting Ltd. (you know the grain silos on Toronto's waterfront, that was them).

If you feel so inclined, then make a donation to the cause of your choice or perform a random act of kindness that will put a smile on someone's face and yours as well.

And last but not least major kudos to the Elliot Community in Guelph for everything they did for Dad.

Following a Funeral Mass, Dad was interred in Oakville, ON.