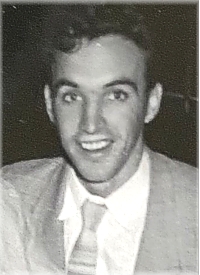 CAMPFENS, Anthony (Ton), MRAIC      - Ton was an architect and a Toronto city planner.

He was also a musician, artist, storyteller, a lover of life, and an original spirit.

Ton was born in Vught, the Netherlands in 1930.

He grew up during the war in a household that actively participated in the underground and offered refuge to a Jewish woman and young child.

This tolerant and open-minded culture defined who he was for the rest of his life.

He immigrated to Canada in 1955 and graduated from the University of Toronto with a degree in Architecture.

When Ton met his second love Corry and her children Daphne and John, they called Toronto and Peterborough home. This began an exciting period that lasted the rest of his life.

The family is grateful for the amazing care and support that they and Ton received from the many nurses, doctors, personal support workers and others who cared for him so well during his final years.

Ton was a beloved husband, father, brother, grandfather, uncle, and friend to many, both here and in the Netherlands.

He will be missed incredibly.

An event will be planned when warm weather allows us to celebrate Ton's rich life outdoors with friends and family.