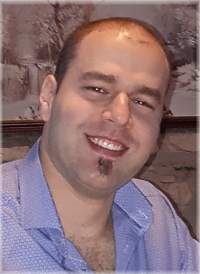 He is survived by his mother, Leta; his father, Kastriot; and his big brother, Eros.

As a talented software developer, he enjoyed practicing his exceptional problem-solving skills. Rubens, everyone's favorite grandson, nephew, and cousin, moved to Canada from Albania as a child.

He was an avid reader of ancient philosophy and often found solace in the writings of Marcus Aurelius, who according to Rubens "could cure everything but male pattern baldness."

Where most people could only see their forthcoming meal, Rubens saw a source of endless joy. Visitation 10 a.m. - 12 p.m. followed by funeral service at St. John's Dixie Cemetery, on Saturday, December 4, 2021.