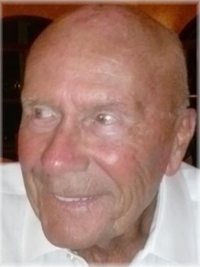 He leaves his wife (Laara) and son (Michael).

He was predeceased by his first wife (Britta).

Britta and Pentti immigrated to Canada in search of adventure and a new life in the late 1960s.

Pentti spent his childhood in the Finnish countryside after being displaced by the Russian annexation of Viipuri.

In his early life, Pentti served in the Finnish Army, sailed the seas, visited many port cities, and spent time in Cuba in 1954. Pentti lived a full life and enjoyed his time in the gym, outdoors and pool.

He will be missed by the people he touched over the course of his long life.

Donations, in Pentti's memory, can be made to a charity of your choice.