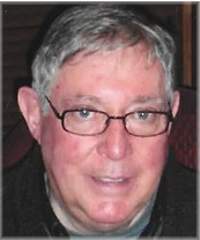 John passed peacefully at True Davidson Acres Home for the Aged in East York after struggling with several health conditions over the past year.

One of seven brothers, John was born, raised and educated in Toronto, graduating with a law degree from the University of Toronto.

Admired for his kind spirit in both professional and personal circumstances, John will also be missed for his tremendous sense of humour and his wit by which he charmed all those around him.

Please do not send flowers and instead consider making a donation to True Davidson Acres Home for the Aged (TDA) in John’s name.

The truly dedicated staff at TDA moved mountains to sustain their residents during COVID-19, successfully avoiding a major outbreak, and always provided tremendous care to John during his residency.

A private family service will be held at a later time to honour John’s life.