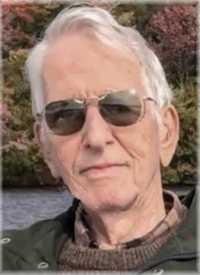 His life began in 1932 in Belfast, Northern Ireland where he was born and raised by his parents, Dr. Edward Armstrong and Dr. Olive Armstrong.

He arrived in Canada in 1959 after receiving his medical degree from Queen's University in Belfast.

He worked at Hamilton General Hospital for a year followed by another year at Peel Memorial Hospital in Brampton.

In 1961, he set up his own practice in Bramalea, ON where he remained until retirement in 2000.

An enthusiastic traveller, Alan would often reminisce about the dozens of countries he visited with his cherished wife of 42 years, Ruth.

He had many fond memories of his friends at Probus, the bridge club, and of his hiking, squash and golf buddies.

Alan enjoyed family dinners spent with his late sister, Dr. Mary Hall of Brampton, and his cousin, Dr. Michael Johnston and his wife, Liz of Dundas, as well as many visits with his elder brother, John, who resides in Belfast.

He was fiercely proud of his nine grandchildren, Miranda and Malcolm, Jackson, Owen, Mae and Kendra, Jamieson, Eve and Julia, who loved to hear stories about the "olden days" when he was little and the war was on.

There will be no service.

If desired, please send memorial donations to the Canadian Lung Association in memory of Alan Armstrong.