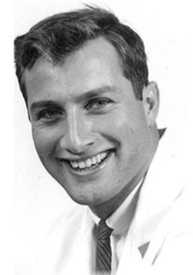 Don had an outstanding life. Born in Toronto and raised by immigrant parents, Jack and Sue.

Attending the University of Toronto in the early 1960's, he won numerous wrestling awards while pursuing his passion in medicine.

Don met his first love Judy along this journey, and they created four extraordinary children together.

Brother Don was close with predeceased sibling Robert "Bob" Merker (Gail), and his three kids Brad, Kim, and Darren (Shayna), each of whose lives he meaningfully touched during those early childhood years.

Dr. Merker was an extremely dedicated family physician for forty-four years. He always had an easy smile and comforting joke and treated every patient equally and with great care.

He was bestowed the Peel Memorial Hospital Achievement Award in 1994, recognizing outstanding contributions and longstanding commitment to the hospital, and served as Chief of Family Medicine from 1987 through 1994.

Don was the resident doctor at Camp Onondaga in Minden, Ontario, for nine years commencing in 2004, supporting kids in their childhood development in a place that was dear to his heart.

Later in his life, Don reconnected with Brenda, a loving friend and caring partner who was close with him throughout his final years.

There are no words to express the grief felt by his family from his loss.

We will miss his exceptional love of family, adventure, and life, as well as his relentless humour, occasionally missing the mark with ill-advised quips but more frequently providing snort-worthy laughter. He was a true spirit.

A brief Burial Service will be held at 2:30 p.m. on Friday, May 13th, at Mount Sinai Memorial Park.

A Celebration of Life will be held on Monday, May 23rd, with details to follow.

In lieu of flowers, please donate to the amazing efforts of the Baycrest Foundation at baycrestfoundation.org.