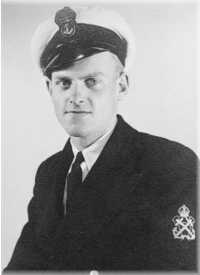 The eldest son of the late Alice and Harold Deacon of Leicester, England.

Predeceased by his wife Mavis and brother Derek.

Alan was born in 1925 and was raised and educated in Leicester, where he worked as an apprentice draftsman while attending Leicester College of Art and Technology.

In 1943, he volunteered for the Royal Navy Pilot Training, Basic Training in England, and then shipped to Canada for training by the RCAF.

Alan was awarded his wings in a ceremony at the RCAF Kingston in 1943.

In England, he served at the Royal Naval Air Stations as a fighter pilot and deck landing training on the HMS Premier.

In 1950, he married Mavis Kathleen (nee Forryan) and immigrated to Canada in 1953 with their 18-month-old son Clive.

Alan worked for 36 years in the engineering department of Anaconda Canada and Arrowhead Metals Ltd. in New Toronto.

In 1966, he was appointed Chief Draftsman and retired in 1989, after the company closed down.

In retirement, he and his wife spent time each year in Panama City Beach, Florida. His hobbies included photography, music, soccer (an avid supporter of Leicester City FC) and other sporting events.

Arrangements wioth the Turner & Porter, Mississauga.  For those that wish, donations may be made to Trillium Health Partners.