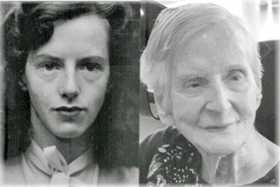 She was predeceased by her dear husband, Jozef and beloved son, Stefan.

She will be lovingly remembered by her son, Michael (Bonny); grandchildren, Anthony and Stefan (Avilene); and great-grandchildren, Jacob and Kiley.

Alice was born in Manchester, England and moved to Blackpool as a young girl, following the untimely deaths of her parents.

She was welcomed into the loving home of her aunt and uncle whom she called mum and dad.

After the end of the war, she married Jozef Pietkiewicz, a member of the Polish Squadron of the Royal Air Force.

They immigrated to Canada with their 2 young sons and settled in Toronto to start their new life.

In addition to raising her sons, Alice worked full-time as an office worker.

She enjoyed taking road trips across Canada and the warmer climes of the US but mainly just socializing with family and close friends.

We wish to thank the staff at Lakeshore Lodge for their attentive and compassionate care and friendship during her final months.