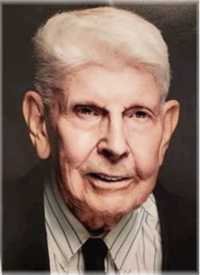 He will be sadly missed by his step-daughters, Marion Jr., Jeanette and Lauralea, their families and his many friends.

John lived life to the fullest.

He was born in Simonstown, South Africa, where his father was stationed at the then British Admiralty's South Atlantic Naval Base.

On his 18th birthday, he enlisted in the South African Corps of Signals - and saw active service in the Middle East and Italy.

After his return to South Africa, demobilization and completing his education, John set out to work his way around the globe, spending time in Australia, New Zealand, Fiji, North America and Great Britain.

He finally decided that Canada was the place to find his future and arrived in Toronto in 1955.

In 1956, he joined the staff of The Toronto Star where he enjoyed a 34-year career.

John married Marion McPherson in 1977, and they had 25 happy years together before her death in 2002.

Previous to Marion's passing, they took trips to Europe, wintered in southern USA and Mexico, and spent many sunny summer afternoons at The Toronto Hunt.

John's wish was that his body be donated to the University of Toronto's Faculty of Medicine. There will be a future memorial service held by the university acknowledging recent donors.