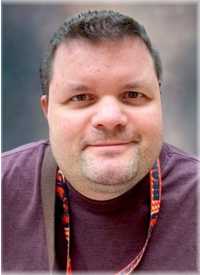 FICNAR, Frank G. Ficnar, (P.ENG),    -  After a long struggle with Multiple Sclerosis, passed away peacefully, at home, on October 5, 2022, with his loving and devoted husband, Jeff Stewart, at his side.

Frank was 49 years old and was a lifelong resident of Toronto, Ontario.

Frank graduated from Senator O'Connor High School and pursued a Bachelor's degree in Computer Science at the University of Toronto.

He received his Professional Engineer designation in 1996 and followed his passion into a computer engineering career.

Frank is survived by his spouse, Jeff; sister, Claudia; and parents, Frank and Leonie.

He also leaves behind his network.

Relatives and friends are invited to visit with Frank's family at Highland Funeral Home, Scarborough (3280 Sheppard Avenue E., Toronto) on Tuesday, October 11, 2022, from 4 to 8 p.m.  A funeral service will be held in the Funeral Home Chapel on Wednesday, October 12, 2022, at 11:00 a.m., followed by a time of fellowship and refreshment in the Sheppard Lounge of the funeral home.

As expressions of sympathy and in lieu of flowers, the family requests donations be made to University of Toronto, Electrical & Computer Engineering Chair's Fund.