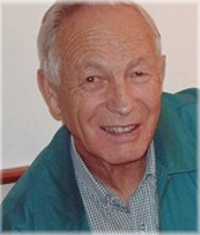 Sadly, we announce the death of Lawrence (Larry) Ward.

He was born in Bouctouche, New Brunswick and was the son of the late William Ward and Elizabeth Ward (Stiles).

He is lovingly remembered by his many nieces and nephews. Lawrence was predeceased by his brothers and sisters, Doris England (Laurie) of Toronto, ON; Joan Murrel of Toronto, ON; Ruth Steeves (Jack) of Hillsborough, NB; and John Ward of Moncton, NB.

After retiring from Continental Can in Toronto, Lawrence returned to his roots in New Brunswick to enjoy his love for fishing and hunting, long walks, blueberry picking and would seldom turn down a game of crib.

Donations may be made to Birch Hill Cemetery or a Charity of Your Choice.