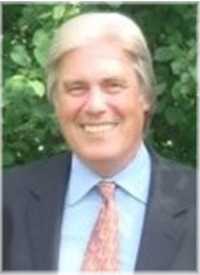 Doug is survived by his sister, Anne (Paul); and brother-in-law, Slobo; and is predeceased by his brothers, Paul and David.

He will also be greatly missed by his nieces and nephews, extended family members and dear friends.

Douglas was born on October 13, 1953, to Douglas Garfield and Evelyn Benson.

A talented corporate lawyer, he was a graduate of Osgoode Hall Law School and was awarded the Law Society of Upper Canada Treasurer's Medal in 1979.

Doug's happiest times were spent with family and friends on his sailboat, the Orient Express, and at his cottage on Green Lake.

At home he could often be found reading, his cats at his side. We will all remember him for his brilliant mind, keen sense of humour and love of nature.

A celebration of his life will be held at a later date.