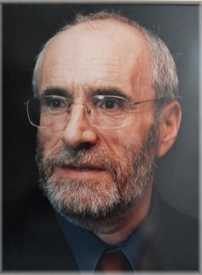 It is with love and sadness that we celebrate the life and legacy of Boyd Pelley.

Boyd passed away peacefully, in his beloved home province of Newfoundland (St. John's), among his family and friends.

He was predeceased by his parents, Minnie and Alfred; his brothers, Gerald and Derek; and sisters, Vera and Shirley.

He is survived by his sister, Kay; sister-in-law, Jeanette; and numerous nieces, nephews and cousins.

With good humour, a curious mind, an appreciation of the French language, his interest in other cultures and an ability to make and cherish friends, he lived a fulfilling life.

Boyd began his professional career as a French language teacher in St. John's, subsequently joining the secretariat of the Council of Ministers of Education, Canada, in Toronto, where, over a 35-year career, he led the promotion of bilingualism and the teaching and learning of French as a second language across Canada.

Boyd will be remembered for his abiding affection for Newfoundland, his dedication to building an inclusive Canada, and his generosity of spirit to his family, friends and former colleagues.

A memorial event will be organized at a later date in Toronto.

Donations in Boyd's memory may be made to the Faculty of Medicine, Memorial University, Office of Development.