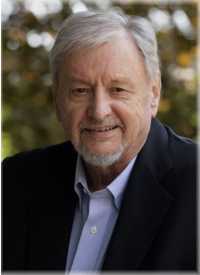 Al passed away peacefully, at the age of 82, at Sunnybrook Hospital surrounded by loved ones after a recent cancer diagnosis.

The son of the late Donald Mair and Florence Lillian May Brobyn, he was predeceased by half-sisters, Marion LeBlanc and Jean Cowen.

He is survived by his son, Sebastian, his wife, Miho and their daughter Sophie; daughter, Jennifer; his partner, Guiling Han and her daughter Rachel; his sister, Lillian Richards; his former wife, Virginia Mair; and several cousins, nieces and nephews, including William Moore and Cathie LeBlanc.

Coming of age in his beloved Toronto during the birth of rock 'n' roll led Al to an illustrious career in the music industry, from working at record stores and local dances, to becoming the business manager for Gordon Lightfoot, and to the founding of Attic Records in 1974 with Tom Williams, which became the most successful independent record company in Canadian history.

A champion of musical talent at home and abroad, he also cofounded the Canadian Musical Reproduction Rights Agency (CMRRA) and the Canadian Independent Music Association (CIMA), and played a significant role with several other organizations.

His contributions over a five-decade career were instrumental in shaping Canada's cultural identity; he was inducted into the Canadian Music Industry Hall of Fame in 2014, and was recently recognized with the investiture of the Order of Canada, with his proud family looking on.

Al regretted never being able to play an instrument well but hoped he helped those who could. Al was also a loving and supportive father, grandfather and partner, tennis fan, traveller, Facebook enthusiast, wearer of Hawaiian shirts, restaurant reviewer, martial arts practitioner, patron of many charitable endeavours, sometimes Buddhist and always a proud Canadian.

His intelligence, hard work, values and generosity are inspirations, and his legacy will live on. The family thanks Sunnybrook Hospital's palliative care team, and Al's many friends and colleagues.

As per his wishes, he will be cremated and there will be no visitation or service.

If desired, a donation would be welcome to Sunnybrook Hospital, The Lillian and Donald Mair Transcranial Magnetic Stimulation Clinic at St Joseph's Healthcare Hamilton, Dying with Dignity, or a music or arts charity. Photo by Barry Roden.