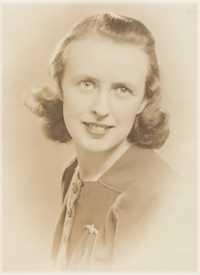 Our beloved mother, grandmother and great-grandmother, passed away at Toronto Western Hospital, on Tuesday, November 15, 2022.

She leaves a beautiful legacy in the lives of her daughter, Martha Janine Murray; and grandchildren, Jeremy (Karen), James (Jennifer), Correne, Patrick (Amy), Kyle (Abigail), Devon (Adrienne), and Laura (Matthew); and great-grandchildren, Wyatt and Norah, Ezra and Zachary, Everlyn and Eisley, Kennedy and Quinn, and Stratton and Robert.

A lover of music, she was an accomplished pianist and violinist.

A long-standing member of Bloordale United Church, she lived her faith as a Christian and her byword was – "I am my brother's keeper" - whether in her professional and community life of service to those in need or in the gifts of love, understanding and care she extended to her family and friends.

Friends and family are invited to Mona's Funeral Service at Kingsway Lambton United Church, 89 The Kingsway, Etobicoke, ON M8X 2T6, on Friday, December 9th, with Visitation at 1 p.m. in the sanctuary and Service to follow at 2 p.m. Reception after the service in the Auditorium.

The service will be livestreamed for those unable to attend the service. Burial will be held at a later date at Chapel Lawn Gardens in Winnipeg, Manitoba.