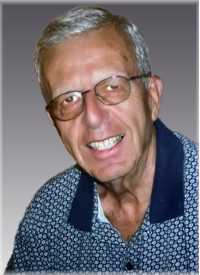 Our motorcycle loving father, grandfather and great-grandfather, Donald West Purves of Alliston and formerly Toronto, passed away peacefully in Brockville on December 5, 2022, at the age of 91.

He will be lovingly remembered by his high school sweetheart and wife of 68 years, Phyllis Mary (nee Pope); his children, Wendy (Mark), Cathy (Calvin), and Brian (Angie); his grandchildren, Lianne, Christopher, Brandon and Shannon; and his three great-grandchildren.

Don was predeceased by his parents, Ross and Cornelia; and his much-adored older brother, Alan.

Don was a top-tier salesman and marketer throughout his colourful career in the printing industry.

He established a national bilingual education course for direct marketing managers, lectured at the University of Waterloo, and won the 1975-76 Direct Marketer of the Year Award; just three of his remarkable achievements.

Family was a priority for Don, from the trips across Canada and the U.S. to the cottage on Georgian Bay, which he designed, and where he spent many magical summers swimming, sailing, golfing and wood carving.

Don will be forever missed for his hilarious, sarcastic wit and sharp mind.

A family Celebration of Life will be held at a later date.  Arrangements with Irvine Memorial Chapels and Cemetery, Brockville, Ontario.

Memorial donations may be made to UNICEF Canada, a cause that Don fully supported, 90 Eglinton Ave. E., Toronto, ON, M4P 2Y3.