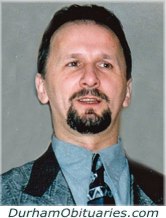 After a valiant battle with cancer, Marek Janiszewski passed away peacefully on Tuesday, November 21st, 2017 at Lakeridge Health Oshawa at the age of 60.

Marek will be forever remembered by his wife of 37 years, Malgorzata, his son Peter and his daughter-in-law, Marina.

He will be dearly missed by his friends and family in Canada and Poland.