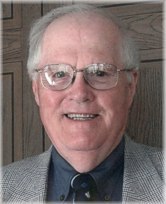 It is with much sadness and much love that we say goodbye to our beloved husband, father, grandfather and great-grandfather.

Murray was born in Lansing, Ontario.

He graduated from the Ontario Agricultural College in 1953. Murray and Pauline got married the same year. In 1961 they moved to Edmonton where Murray obtained his Master's Degree from the University of Alberta in 1964.

From there, he went onto obtain his PhD in 1967 from the Ohio State University. He taught at the University of Alberta until 1989 and completed his career at Curtain University in Perth, Australia.

A Celebration of his Life will be held on Friday, September 14, 2018 at 2:00 p.m. in the Saskatchewan Room at the University of Alberta Faculty Club, 11435 Saskatchewan Dr. NW, Edmonton, Alberta.

In lieu of flowers, memorial donations may be made to the Canadian Cancer Society or to the Heart & Stroke Foundation in Murray's name.