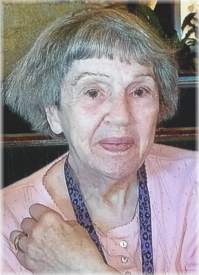 It is with sadness that Ronalda, Melanie (Gerry), Alicia, Brad (Brenda), Derek and Jennifer announce the passing of the their mother Marian at the age of 85.

A forever resident of Oshawa and Whitby, she was pre-deceased by her husband of 61 years, Ronald MacCarl and her parents Leo Gabourie and Vera Kingston.

She is survived by her brother Ken Gabourie of Calgary.

A nursing assistant for several years, she will be remembered as an active member of the Daughters of Isabella and St. Joseph the Worker Parish.

A private Memorial Mass will be held at St. Joseph the Worker with interment at Resurrection Catholic Cemetery, Whitby.

Marian’s family would like to thank Whitby Shores for their care and compassion during their mother’s illness.

Memorial donations may be made to the Alzheimer’s Society of Durham Region.

Condolences may be expressed online at  wctownfuneralchapel.com .