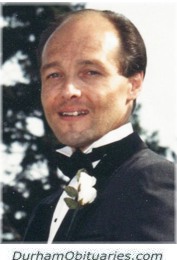 It is with sadness we announce the sudden passing of David at Lakeridge Health Oshawa, on March 30th, 2020, in his 67th year.

Beloved son of Eileen Tessier and the late Wilfred.

Survived by his brother Paul and his wife Jeanne.

Nephew of Carol Kuchma and Eric Cummer. Will be missed by his many cousins.

Dearly loved Husband and best friend to Moira, in their 50th year of marriage.

MCGILL, Alexander - Passed away suddenly at home in Wilmot Creek on Sunday March 29, 2020 at the age of 82 years. 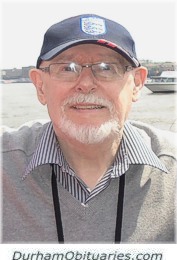 Peacefully at home with his loving daughters Jeannette and Jackie by his side on March 29, 2020, in his 82nd year.

Loving son of John and Sophie, and brother of John, Rosemary, Mary and Paul. 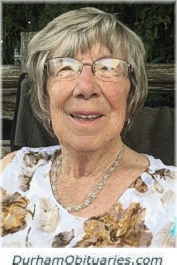 Her 7 children: Patricia, Laura, Maureen, Beth, Stephen, Mary and Christine, along with their spouses, are thankful her passing was peaceful.

Born in Toronto, Jean was the third child of William and Elsie Hibberd.

Her brother Bill Hibberd and sister Barbara Douglas predeceased her; her other siblings David Hibberd (Mary), Mary Boland (Chuck) and Neil Hibberd mourn her passing but are thankful she is at peace. 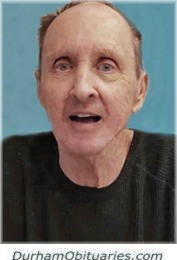 It is with great sadness that we announce the peaceful passing of Douglas Bonar in his 71st year of life at Thorntonview Nursing Home on March 28th, 2020.

Doug is predeceased by his parents Anthony and Shirley (nee Rutledge) and by his beloved wife Valerie.

Remembered lovingly by his children Tammy, Debi (Mark), Terry, and his daughter-in-law Cynthia.

AVERY, Elda Ruth (nee Fogal) - Passed away peacefully with family at her side at Fosterbrooke Long Term Care, Newcastle on Saturday, March 28, 2020 in her 92nd year.

Predeceased by her husband Harold in 2000. 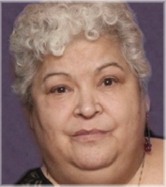 Passed away peacefully on Saturday, March 28, 2020, after a brief struggle with COVID-19.

Cherished grandmother of Kade and Beckett.

Anne will be remembered for her twinkling sense of humour and hearty laugh, her desire to help others and the tireless way she tackled projects.

DICKSON, Alan Philip  -  Passed away peacefully on March 28, 2020, in his sleep at Hillsdale Estates, Oshawa in his 88th year with his loving daughter Diane by his side.

Alan is predeceased by his high-school sweet-heart Roberta Ann (Bob Ann), his beloved wife for 60 years.

Duncan is survived by children Janice, Stephen, David and Patricia, his granddaughters Lindsay, Natasha, Paige, and Evelyn, his brother R. Neill McRae of Vernon, BC, his sister-in-laws Lorraine, Betty and JoAnne, his brother-in-laws Jack and Brian and his many nieces, nephews, cousins and wonderful friends.

SHEA, Pierre - (Worked for P&G) - Passed away peacefully with his wife by his side on March 29, 2020 at the Scarborough General Hospital at the age of 88. 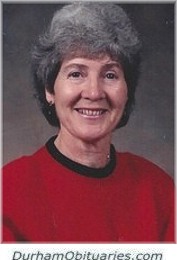 Christine was born October 7, 1932, in South Shields England to the late Sarah and Andrew Tikis. Christine grew up in England with her sisters, Julie, Irene, Margaret, and her brother Andy.

In 1959 Christine married the love of her life, Lawrence William (Bill) Bell. Christine and Bill immigrated to Canada in 1970 with their two children, Simon and Carol.

They lived in Deep River, Ontario before moving to Whitby in 1985. 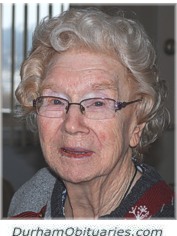 She was predeceased by her husband of 72 years, Edward Wright, in 2016.

Dorothy worked in several places in the city during her life, the longest being many years at Eaton’s in the Oshawa Shopping Centre.

Together Dorothy and Ed dedicated their lives to service in the local church, much of the time encouraging children, youth and young adults to grow in their faith in Jesus Christ.

It is with broken hearts the family of Patricia Mary McGovern (nee: Treadaway) announce her passing at the Chartwell Wynfield Long Term Care Facility, on March 27, 2020, at the age of 89.

George passed peacefully at Lakeridge Health Ajax and Pickering, on March 27, 2020, at the age of 91, with his loving wife by his side.

Beloved husband of Beverley for 39 years. 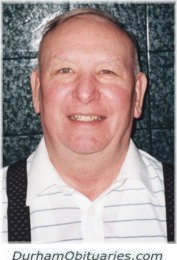 Passed away peacefully at the age of 91 at Chartwell Trilogy Long Term Care Residence in Scarborough on Friday March 27, 2020 with family members by his side.

Harold will be lovingly remembered by the "Love of his life," Joan Laura Degrow Windatt, his wife of 67 years.

Loving father to his daughters B. Lorraine Hewett (Jim) and Brenda McCauley.

Predeceased by his daughter Judy Cunningham and son-in-law Peter Cunningham.

IRVING, Richard Dennis   -  Our family lost the most incredible man.

Richard Dennis Irving, affectionately known as Rick or Ricky, passed away peacefully on March 27th, surrounded by the love of his family.

FEAVER, Roberta Emily  – left us peacefully on March 28, 2020 to reunite with her one true love Charles “Bud” Feaver.

Roberta will be remembered by her grandchildren Christine (Nick), Brad (Danielle) and great-grandchildren Mykala (Chase), Karley (Dylan) and Ben. 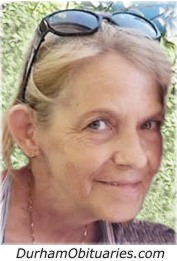 It is with great sadness that we announce the death of John Grebenc. 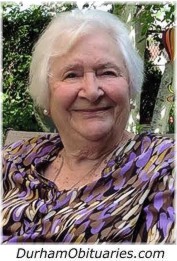 On Thursday, March 26, 2020, Winifred Patricia Holliday, loving wife, mother, grandmother and friend to many, passed away of heart complications at the age of 90.

Born in Oxford, England on December 9, 1929, she emigrated to Canada after marrying her loving and surviving husband of 65 years, Jim (Heber James) Holliday.

It was a grand adventure to emigrate to Canada, and one she tackled head on, and with enthusiasm, as she did most things.

Bob had a long career as an automobile mechanic, and operating his own Service Stations.

Bob’s first business opened in 1963 as a BA Service Station in Bowmanville. 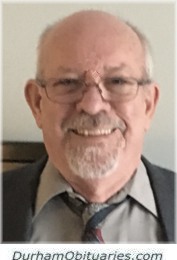 Dear brother of Colleen Lewis and her husband Peter.