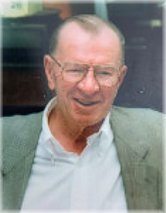 LAWRENCE, William “Bill” Crawford - Of Brampton, Ontario, passed away peacefully at home on October 4, 2019, his final days spent surrounded by his wife, Jean, and their five children.

Born on August 13, 1930, Bill was the son of the late Harold Reseau Lawrence and the late Jean Margaret Lawrence (née Crawford).

He was born and raised in Brampton, attended McHugh Public School and later boarded at St. Andrew’s College in Aurora where he was Head Prefect and top student in his graduating class, as well as a leader on several varsity sports teams.

He attended the University of Toronto (University College), where he was an active member of the Kappa Alpha fraternity. He then studied at Osgoode Hall Law School, where he was the top student and medalist in his final year, an achievement that earned him a clerkship with Chief Justice James McRuer of the Ontario High Court.

This was a prestigious position for the young lawyer, who was the first to be offered such a clerkship in Ontario.

However, his most significant achievement during these years was the successful courtship of Jean Katherine Martin, who became his wife and partner for 63 years. Following his clerkship, Bill returned to Brampton with Jean and joined his father’s law firm, which now bears the name Lawrence, Lawrence, Stevenson, where he worked until his retirement at the age of 80. Bill’s legal contributions and accomplishments as the builder of Lawrences, and as a mentor to many, are widely known.

For over 60 years, Bill (with Jean) was a prominent member of the Brampton community, raising five children and making generous contributions across many social, charitable and youth sport organizations.  Bill enjoyed his final summer at the family cottage at Eastbourne, Lake Simcoe, where he was surrounded by family. He was blessed with many lifelong friends.

Bill was a humble man with a great sense of humour, and an intense impatience for verbose speeches, lengthy accolades and excessive writing — for sure, in reading a draft of this obituary, he would already have deleted all but the first sentence.

He was the loving brother of Betty Wansbrough (Chris), brother-in-law of Louise Bell and the late Mary Martin, dear cousin to the Crawford clan, and cherished uncle to numerous nieces and nephews.

Visitation will take place from 5-8 pm on Thursday, October 10th at the Morley Bedford Funeral Home, Toronto. Funeral service to be held at 11 am on Friday, October 11th at Christ Church, 4 Elizabeth St. N, Brampton.  The service will be followed by a reception nearby with details to follow.