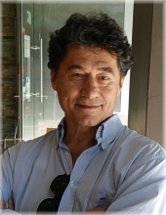 TZEKAS, Michael (Minas) Lee - The family of Michael is saddened to announce his peaceful passing on Wednesday February 12, 2020, in his 70th year.

Michael was the cherished son of Melpomeni, predeceased by his father, Elias Tzekas.

Beloved father of Lori-Ann (Tyler), Kristin (Aaron) and Blake, and treasured grandfather of Hannah and Aria.

Michael was born February 9, 1950 in Amyntaio, Greece and immigrated to Canada on October 4, 1954. He established a successful career with Xerox Corporation and then became a politician, as a member of both Scarborough and Toronto City Council. Following his political career, he served several terms as a member of Committee of Adjustment for the Town of Oakville. Michael was recognized in 2012 with the Queen’s Diamond Jubilee Award for his dedication and many contributions to his community.

Within his Greek community, he served as a president of AHEPA’s Sons of Pericles and then went on to be a hardworking AHEPAN doing philanthropic work within the Canadian milieu. He continued to serve the Greek community becoming president of the Pan-Macedonian Association of Ontario Inc. where he brought the association into a new era of awareness and social relevance in Canadian society.