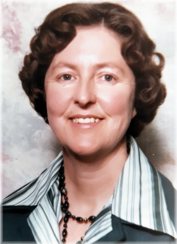 FRASER, Sheila (nee BREWSTER)   - With her loving husband Kelly and family by her side, Sheila passed away peacefully on Friday, May 29, 2020, at home in Woodstock, Ontario, in her 88th year.

A loving mother, grandmother and great-grandmother, Sheila's legacy will live on through her two sons, David, of Woodstock, Ontario; Gary (Karen), of Kearney, Ontario; four grandchildren and 8 great-grandchildren; Brianna Grantham and her son Talen, of Orillia, Aaryn Cleland (Stuart) and their daughter Evy, of Vernon, British Columbia, Amanda Fraser (Nat Bryant) and his sons, Troy and Kai, of Calgary, Alberta, Bailey Ferrier (Matthew) and their children, Hayden, Hartlyn, Jaxon (God rest his soul) and Owen, of Burk's Falls, Ontario.

Sheila is predeceased by her only brother Gerald (Patricia – nee Philip). Kelly and Sheila resided in North York from the time of their marriage until they moved with their two boys to King City in 1977.

For over 30 years, Sheila and Kelly enjoyed their cottages on Straggle Lake and on Kennaway Lake in Harcourt Park.

Sheila thoroughly enjoyed fishing and cottage life. Sheila was a well-loved kindergarten teacher with the North York Board of Education for 30 years, retiring from Blacksmith Public School in 1989. In 2016, Sheila and Kelly relocated to Woodstock, where they recently celebrated their 65th wedding anniversary.

At Sheila's request, an intimate celebration of life will be attended by immediate family.

The Fraser Family would like to thank the many friends and neighbours who came to call on Sheila and kept her in their thoughts. Cremation has taken place.

If desired, memorial contributions to the Canadian Cancer Society or a charity of choice may be made.