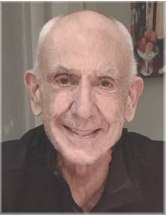 Surrounded by his wife and two sons, Alev passed away peacefully at Southlake Hospital in Newmarket.

He is survived by his beloved wife of 51 years, Bilge; sons Omer (Sandy) and Ali (Jennifer); grandchildren, Aydin and Claire; and Jennifer's children Christine and Nick.

Predeceased by his parents ?ahap and Muazzez Metel, he leaves behind his sister Gönenç and an extended family in Turkey.

Alev was a vibrant, outgoing and energetic force whose smile and sense of humour touched everyone he encountered. He led a full, well-lived life and will be greatly missed.

Relatives and friends are invited to attend a celebration of Alev's life on Wednesday, April 18, 2018 at Thompson Funeral Home in Aurora.  Visitation from 11 a.m. to 1 p.m. followed by a Graveside Service.

In lieu of flowers, donations may be made to the Heart & Stroke Foundation of Canada or a charity of your choice.