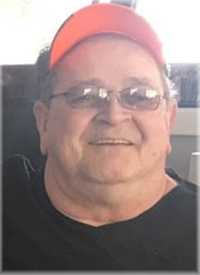 He will be greatly missed by his many nieces and nephews and the entire Poitras family. Frank was born in Chatham Head, New Brunswick, one of 11 children. He moved to Toronto as a young man and started working for CN Rail.

He met the love of his life, Lea Poitras, 45 years ago, moved to Sudbury where they raised two wonderful children. April who was his angel on earth and his mini me, Frankie, who sadly passed unexpectedly (October 13, 1979 - December 19, 2019).

He was the most kind, generous and hilarious human you could ever meet and his love for his family was beyond measure, especially for his mom, who he called every morning.

We will forever be proud to say he was our son/brother/husband/ father and uncle. We have lost another link in our family chain, but one day, our chain will be complete again and what a joyous occasion that will be.

A sea of smiles have greeted you, but none shine as bright as your son's, front and centre. We are now so happy to know you are finally "Fit as a fiddle and then some!"  Rest in peace, rest in eternal peace.