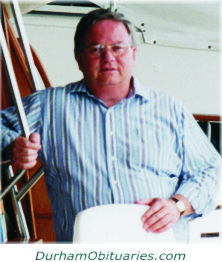 KILCULLEN, John - Passed away peacefully on Tuesday May 12th, 2020 at Lakeridge Health Oshawa with his daughter by his side.

He will be greatly missed by Evelyn.

Beloved brother to Gloria (Bob) and predeceased by his sister Maureen, and his parents John Kilcullen Sr. and Jeanie Brennan.

John followed his father’s footsteps in the motion picture industry as a projectionist and eventually owned his own company CLC Theatre Productions.

He had a love for the outdoors and was known for his love of cars and boats.

His family extends their sincere appreciation to the staff of Lakeridge Health Oshawa, and Lakeridge Whitby, particularly to the ICU Staff who supported him in his final hours.

In Lieu of flowers, memorial donations to Lakeridge Health Oshawa would be appreciated.